Making the most of adaptive reuse

By Caddie Digital on November 1st, 2017 in Construction and demolition, Events 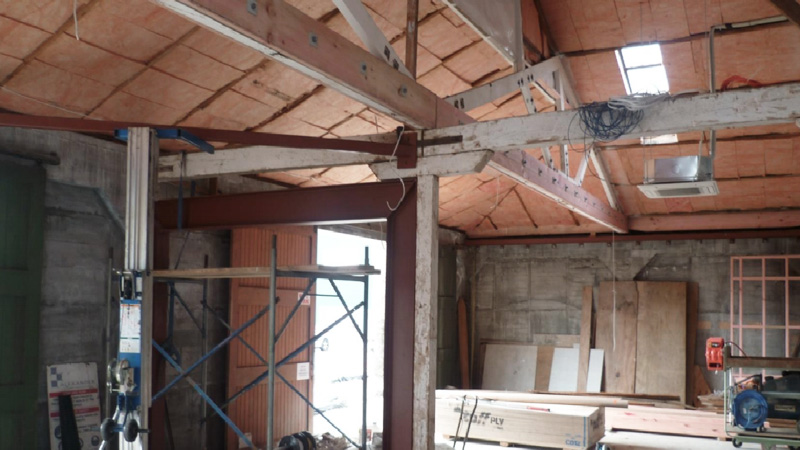 Mention the word ‘upcycling’ and you’ll probably think about tired old furniture or discarded and otherwise useless items which have been spruced up, repurposed and given a new life.

However, upcycling isn’t restricted to things you can hold in your hands – the idea can be applied to entire buildings. The FG Smiths building in Napier is a great example, with a once low-value warehouse having been transformed into a trendy and very usable space.

The building was the venue for our third Sustainable Business Network (SBN) Regional Business Connector event. PMA Architects were the creative force behind the build, so it was fitting to have Associate Principal Ezra Kelly speak on the night about the work they did using ‘adaptive reuse’.

The principal has circular economy thinking at its heart, with the aim of reusing as much of the existing building as possible. Making use of the building’s core features, like the thick concrete wall, concrete floors and high ceilings not only resulted in a trendy warehouse look but meant little in the way of new materials had to be used, Ezra says.

“It was just a low-key warehouse, with low value as a warehouse. By cutting some holes in the walls and bringing in lots of light it became a very useable space.”

Keeping the ceiling beams exposed and just installing insulation meant there was no need for new plasterboard. The added bonus was great acoustic properties and high ceilings, Ezra says. They also made use of things like doors from other buildings, rather than using new materials.

“You have to exploit features like that when you can. You could never replicate them.”

The building has a great “buzz”, he says. By giving it a facelift and repurposing it, it was possible to achieve a result which would simply be too expensive to create from scratch.

While the design work came from the architects, adaptive reuse still requires the client to be willing go that route. “It’s nice to get out of the formula (of conventional builds). It takes more thought, but also courage from the client – which is half the journey.”

A push by Government for more sustainable practices in the building industry has unfortunately fallen away in the wake of the Global Financial Crisis and the Christchurch earthquakes, Ezra says. Overnight the focus switched to ensuring buildings were up to code in terms of earthquake readiness.

“That took a lot of steam out of the sustainability talk.”

However, it’s not all negative as work on the Christchurch rebuild has forced a lot more adaptive reuse, Ezra says. A nationwide focus on upgrading building performances, like energy efficiency, has also had a positive influence.