By Caddie Digital on March 3rd, 2017 in People and community 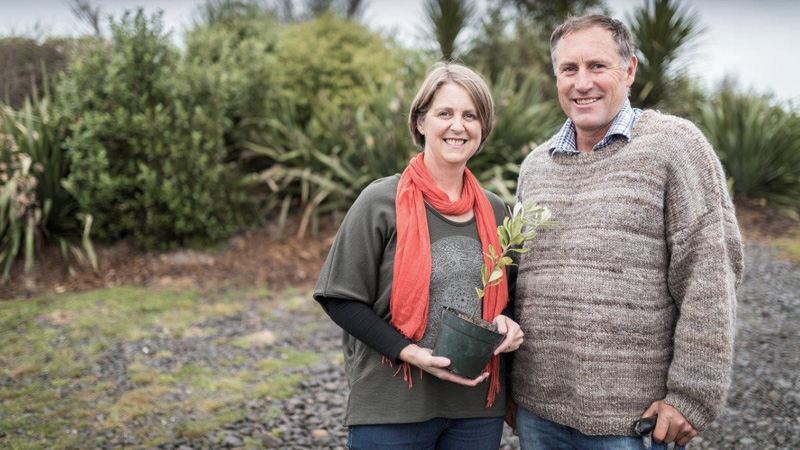 It’s the sort of sentiment which has seen Mangarara Station owners Greg and Rachel Hart spend around 12 years converting from the more traditional style of farming they grew up with to a more sustainable approach.

They have a strong focus on maintaining clean water, building soils and increasing biodiversity on their land as well as spreading a general awareness through education.

“We take our lead from nature,” Greg says.

As such the farm is also the home of Regen Ag in New Zealand, which brings some of the world’s leading pioneers of regenerative agriculture together to share their ideas with farmers through a series of courses and workshops.

Before its conversion, the Harts ran the Elsthorpe farm as a conventional sheep station with around 3,000 ewes. Now, it includes an eco lodge and farm shop, and is made up of a mixture of lakes, wetlands, peat flats, rolling and steep hills as well as pasture, native and exotic trees.

A partnership with the Million Metres Streams Project successfully raised over $30,000 to plant a riparian margin on Horseshoe Lake, a 35ha lake and wetland which borders the farm and eco lodge. It’s just one of the partnerships which has helped the farm transform.

It’s not your average farm, but Greg and his family prefer it that way. “It’s a big challenge, but I enjoy the different way of doing things.”

3R have made donations to planting at Mangarara through Million Metres Streams, plus will be contributing $200 for every tonne of chemicals collected through our ChemCollect service to a Million Metres project, further supporting the protection and restoration of NZ’s waterways.