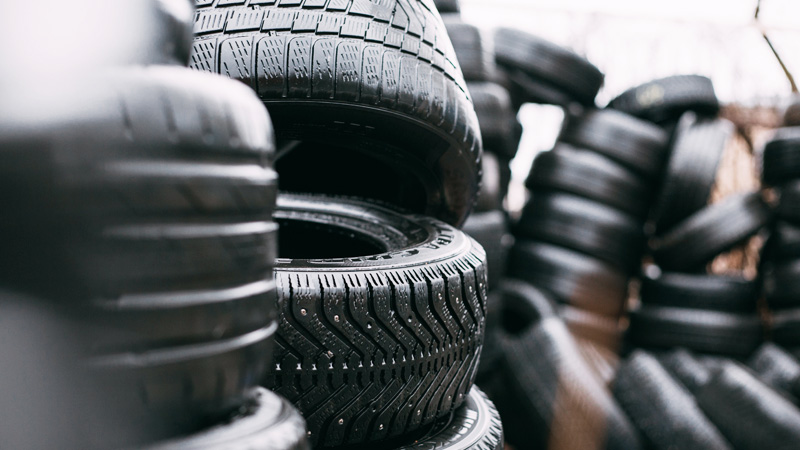 New Zealand’s track record with end-of-life tyres is littered with good intentions, dubious science and failed investments. While some businesses are safely recycling tyres, these are the exception rather than the rule. A more common outcome has been abandoned stockpiles of tyres that councils and ratepayers are forced to pay millions to tidy up.

It’s a big issue: approximately 5 million tyres reach the end of their useful life each year in New Zealand but less than 30% are being recycled. This is in stark contrast to other countries such as Canada, where they have been recycling tyres for 25 years and achieving diversion rates of over 90%.

So why are we failing to achieve these results here?

Our observations would conclude that there are four critical elements for sustainable and successful outcomes, best delivered through a collaborative stewardship approach.

1. Scale and consistency of supply
Recycling tyres requires a great deal of heavy equipment: trucks, shredders, separators (such as high powered magnets) and more depending on the process utilised. These solutions generally require a large steady supply of tyres to be viable. This is tough to achieve in New Zealand, especially outside of Auckland where transport costs tend to be prohibitive.

The scale issue is exacerbated when tyre disposal is completely unregulated; your steady supply of tyres could disappear because another operator began charging half the disposal price and burying tyres at a local rural property or dumping them under state houses (this has happened….)

2. Smart, supportive regulation
Under existing legislation (Waste Minimisation Act 2008), the Minister for the Environment has the ability to mandate product stewardship action for priority waste streams, with end-of-life tyres near the top of the priority list. Yet, despite an industry report recommending this action (2012 Tyrewise Final Report), and a follow-up public consultation in 2014 indicating widespread support for stewardship intervention, the industry is still no further ahead.

While we wait to see what regulatory levers Government is willing to pull, industry is being given mixed signals: is government serious about waste minimisation for tyres, and if so, why are they not using existing regulatory tools to stimulate positive outcomes?

Lack of appropriate regulatory control is also felt at regional levels. With no national framework for dealing with end-of-life tyres, councils juggle with the issues of public dumping, appropriate landfill rules and consent applications for recycling proposals, which may either solve the tyre issue once and for all, or create the next tyre mountain. Most councils can only review the viability of such ventures at a surface level, lacking the comprehensive knowledge that could be accessed through nationwide collaboration on this issue.

3. Demand for end-use products
Internationally successful tyre recycling programmes are driven (and partly funded) by establishing new end-uses and markets for the materials collected. Large scale examples include rubber asphalt additives which make new road surfaces quieter and longer-lasting; burning as an efficient and cleaner alternative to coal for energy generation; or as an additive in steel manufacturing (in Australia more than two million tyres have been used for this purpose).

However, most of these examples needed favourable regulation, incentives, or smart government procurement policies to become established. Hopefully some of these are the regulatory levers that government is planning to review – I certainly hope so.

4. Industry support
This is one critical aspect where New Zealand has a head-start. Major importers and retailers are generally supportive of taking stewardship action, as are tyre collectors and recyclers who even formed an association for their voice to be heard (NZTRACA).

In addition, the industry working group that put together the 2012 Tyrewise Final Report has stayed in contact, meaning that effective collaboration has a greater chance in this industry than most others. Obviously there are alternative points of view, as in any industry, but the desire for improved sustainable outcomes is shared by all.

Growing momentum for change will be evidenced next month in New Zealand’s inaugural Tyre Summit. This will bring together speakers from successful programmes overseas, scientists at the forefront of end-use processes, central and local government representatives, tyre manufacturers and importers, and recycling industry providers to discuss common goals for tyre stewardship in New Zealand.

Anyone involved or interested in this industry is encouraged to register.

The alternative to progress in this space is evident: no increase in recycling rates, more negative headlines about tyre stockpiles and ratepayer funded clean-ups. Heaven forbid one of these piles ever catches fire. Then we’d see a rise in public and political calls for a solution, but at what cost to health and the environment?