Banned pesticides get free muster thanks to 3R project

By Jason Richards on April 16th, 2015 in Hazardous waste management 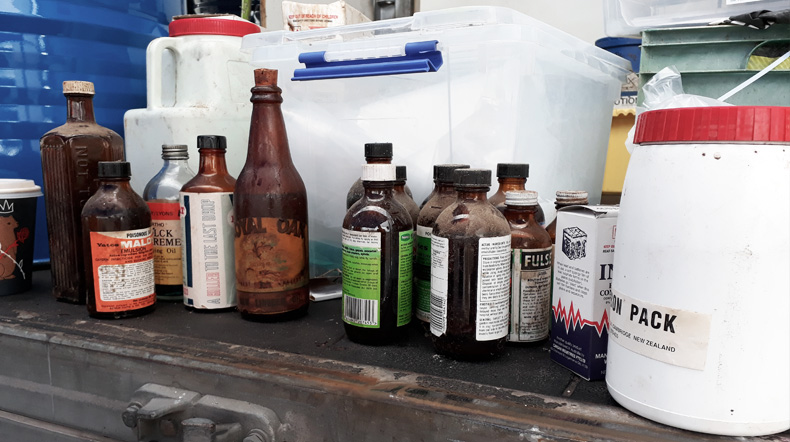 3R Group has secured funding to support a nationwide collection to rid New Zealand of banned pesticides known to be stored on rural properties despite being phased out decades ago.

3R decided to seek funding for this project following our long-term involvement with agrichemicals through our management of the Agrecovery Rural Recycling programme and the Agrichemicals Review led by 3R in 2012.

POPs were used in many insecticide and sheep dip products sold in New Zealand from the 1940’s to the 1970’s, before being replaced by safer alternatives and finally banned in 2004. DDT was the most common chemical compound but there are about a dozen in total including Lindane, Aldrin, Dieldrin, and Chlordane.

Farmers may recognise brands such as Young’s Sheep Dip, Cooper’s Louse Powder, or Cleanso but if in doubt they can check the website for a more comprehensive list and an image gallery to help them recognise these banned pesticides.

POPs, once used widely on farms and in homes around the world, were banned due to their negative effects on human health and the environment. They are known hormone disruptors, able to alter the normal function of endocrine and reproductive systems in humans and wildlife. They are also bio-accumulative, building up in the tissue of living things, and can be passed between species through the food chain or from mother to baby.

They’ve been linked to cardiovascular disease, cancer, obesity and diabetes and exposure during pregnancy has also been linked to developmental defects, so they’re not products you want sitting round in your farm shed.

It is believed that several tonnes of these products can still be found on farms across New Zealand, with people either unaware what they are, unsure how to safely dispose of them, or unwilling to pay for commercial disposal.  If left unresolved the potential for harm is high, particularly as much of the original packaging is now deteriorating.

More information on POPs and how famers and growers can register for free collection can be found at www.thegreatDDTmuster.co.nz or by calling 0800 247 326.